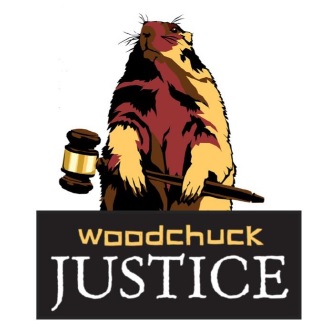 In the words of P.T. Barnum: “Never let the truth stand in the way of a good story.”

Two quintessentially Oak Park organizations, the Oak Park Regional Housing Center and Oak Park Festival Theatre, both founded in the tumultuous and history-making early 1970s, come together at Grace Episcopal Church to present the world premiere of Woodchuck Justice. The play is an irreverent comedy inspired by the historical facts of America’s first death row exoneration, which is granted when the alleged murder victim strolls back into town. The presentation of the script by Michael Lasswell and featuring popular Festival Theatre actors will be a joint benefit for both organizations now in their fifth decades improving the lives of their Oak Park community.

Of the play, the playwright and director Lasswell says, “This is a comedy based on America’s first death row exoneration. All of the events are true. The play is about how little the truth sometimes matters to our view of history. To tell the story, a small town historian recruits six unlikely volunteers to help her re-enact a true-crime drama from 1819 in which the alleged murder victim comes back to life. The players are chosen for their similarity to the real people they portray. They are a minister, a politician, a carnival barker, a newsman, a bartender, and a gossip. None of the actual eyewitnesses from history ever really agreed with each other. Soon the players are all fighting for their own version of the facts. It is intended as a light evening that comments on extremely heavy themes. Beyond the literal docudrama, the play explores the Stockholm Syndrome, as it applies to performers–the way they tend to take on the values and viewpoints of their adopted characters. Despite the moments of genuine sadness, the goal is essentially to lighten up this dark subject in order to look at the absurdity of this event in a way today’s media-saturated audiences can enjoy. It’s a historical satire or a documentary farce of justice. Try not to take this too seriously. It’s only murder.”

This play about a trial, or more importantly, the lives of those around whom the trial swirls, could not be timelier, just like Oak Park Festival Theatre’s summer production of To Kill A Mockingbird. Although the events depicted are those of a Vermont village in the very early days of the 19th century, they echo the events of each morning’s headlines two hundred years on. Racial, gender, and class prejudice, coerced testimony, corrupt officials, and a powerful media are still the stuff with which we must daily contend. History and truth are still fluid and subject to the variations of the victors. What matters is the community, each community of individuals be it 1819 Vermont or 21st century Chicagoland. Both Oak Park Festival Theatre and the Oak Park Regional Housing Center were founded on and have for more than 40 years focused their efforts on providing for the needs of their community and their neighbors who comprise it.