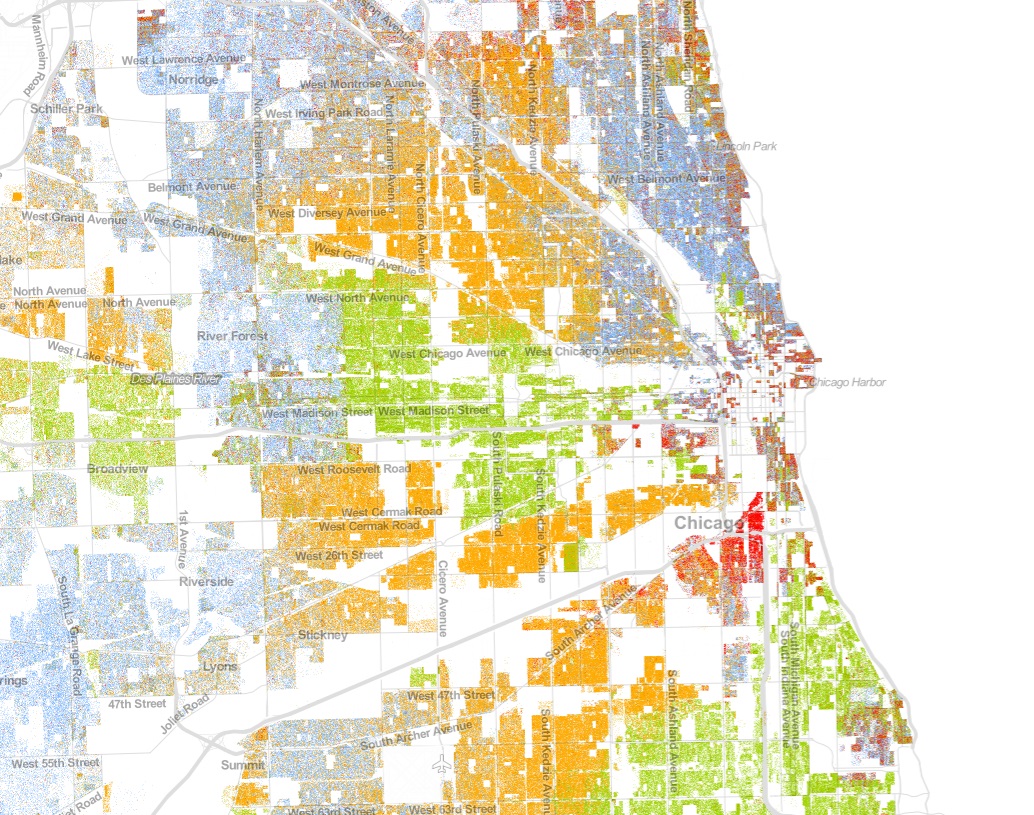 The impact of residential segregation on community health, health outcomes, and health literacy and behavior

In modern American society, health disparities exist across all ages, sexes, incomes, and regions. However, some of the most persistent inequalities in health are between different races and ethnicities. Racial differences reflect disparities in a variety of health outcomes, but race alone is not enough to account for these deep-seated inequalities.

Residential segregation has had a longstanding impact on neighborhood and individual well-being. Studies consistently illustrate the detrimental impact of segregation on education, employment, violence, and crime, but there is also a large body of literature on the intersection of segregation and health. In fact, segregation is so immersed in the public health problem that there might be reason to believe many of our health problems would be alleviated if we could fix the housing problem.

But before we attempt to tackle the housing problem, it is important to understand how racial health disparities are reinforced by segregation and its associated effects. In order to keep this discussion brief, I have chosen three areas to focus on: community health, health outcomes, and health literacy/behavior.

Residential segregation impacts health on a multi-level scope. Although segregation can show a positive relationship with poor health outcomes, there are several intermediary factors that come into play. A few elements that contribute to community health include: access to good housing and nutritious food, low levels of crime, and resources to confront major problems. Unfortunately, residential segregation makes achieving these things nearly impossible, trapping residents of highly-segregated, low-income neighborhoods in an ongoing cycle of poverty and poor health.

First and foremost, housing itself can have a substantial impact on health. A paper published by the National Housing Conference last year looks at housing — specifically stable, decent, and affordable housing — as a social determinant of physical and mental health. The authors discuss ten pathways through which housing influences health. A few of the important conclusions are as follows:

Of course barriers to decent housing are just one way environment can have an impact on health.

Access to nutritious, affordable food can also influence health. A study done in Cook County found that access to particular types of food is tied to community demographics. For example, blocks that are majority black have a higher average distance to all grocery stores than blocks comprised of other races (Place Matters for Health in Cook County: Ensuring Opportunities for Good Health for All, 2012). The “food desert” problem is a prevailing topic of discussion in the public health world, but it would serve to extend this discussion to entities promoting fair housing, as place of residence clearly has a lot to do with access to appropriate nourishment. (“Food deserts” are defined as neighborhoods that lack supermarkets with affordable, healthy food options but that have plentiful access to convenience stores and fast food chains with less healthy, more calorie-dense options.)

The general environment-health relationship is a little more complicated. Sociologists Gilbert Gee and Devon Payne-Sturges explain the intersection of environment and health with something called the stress-exposure disease framework. The basic environment-stress-health relationship works like this: residential segregation contributes to variance in community stress, exposure to pollutants, and access to community resources; and when not offset by resources, stress heightens vulnerability to environmental hazards (Gee & Payne-Sturges, 2004). David Williams builds on the stressor idea in his discussion about the residual effects of race, using evidence to suggest that segregation is a primary cause of racial differences in socioeconomic status and health (Williams, 2001; Williams, 1999).

Another environmental attribute that contributes to community health is violent crime. A substantial amount of literature confirms the connection between segregation and crime, but two recent studies introduce new ideas about the role of crime. (Feldmeyer, 2010; Krivo, Peterson & Kuhl 2009). Using arrest data from 2000, Ben Feldmeyer found that segregation contributes to both black and Latino suicide. Krivo and his associates, on the other hand found that criminal violence was not only higher in minority neighborhoods, but also more prevalent in segregated cities than in their less segregated counterparts. While violent crime may not directly cause illness, it still contributes to poor community health because of the reasons outlined by Gee & Payne-Sturges and Williams. Violent crime plays a major role in contributing to the environmental stressors that lead to poor health outcomes.

The key takeaway here is that residential segregation has an enduring impact on socioeconomic status, access to quality food and housing, neighborhood violence, and subsequently health. In the next section I will take a closer look at health outcomes.

In addition to its impact on community health, residential segregation also influences health on an individual level, contributing to chronic illness, infant well-being, and mortality rates.

Chronic Illness
Some of the most striking statistics about chronic illness in U.S. adults show the following:

The racial disparities here are very clear, and circumstances related to residential segregation likely contribute to this racial divide. A study from 2012 shows the direct relationship between segregation in metropolitan statistical areas (MSAs) and cancer-related outcomes. The authors suggest that racial residential segregation has a unique impact on different racial groups, and found that the level of MSA/MiSA (micropolitan statistical areas) segregation was unrelated to survival rates among white women, but strongly related to higher mortality in black women (Russell, et al., 2012).

Infant Well-Being
Two studies look at the impact of segregation on infant well-being. The first explores the impact of high segregation and urban poverty on the frequency of low birth weight in minority communities. The results of the study show that segregation seems to increase the chances of low birth weight for babies born to African American mothers experiencing higher poverty rates (Walton, 2009). The other study found that black infants generally had worse outcomes than white and Hispanic ones, and that the composite segregation measure was a positive predictor for low birth weight for blacks and hispanics (McFarland & Smith, 2010). This study (and many others) relies on the five-dimension scale of segregation, a comprehensive measure that includes meters of isolation, concentration, centralization, clustering, and unevenness. The “composite” measure refers to a measure that includes all five of these dimensions.

Infant health is an important field because infancy is both a critical time for preventative health measures and meaningful predictor for future health challenges. Not only does the research suggest that segregation has a negative correlation with infant well-being, but it also seems to be an issue that is disproportionately felt by minority communities.

Mortality Rates
Of course, the worst health outcome that can stem from residential segregation is death. The most shocking statistics about racial segregation and mortality comes from the data itself. A study done in Cook County outlines some important data on the intersection of segregation and mortality. According to data from 2005 to 2009, the Index of Dissimilarity between black and white populations in Cook County was 80.8% (at the census tract level). During those same years, the premature death rate for black residents was 445.9 per 100,000 as opposed to 179.5 for white residents (Place Matters for Health in Cook County, 2012). Access to health resources is part of the reason these figures look the way they do, and of course racial makeup in communities with and without these resources is one of the most dramatic difference.

Although some direct relationships between segregation and poor health outcomes exist, there is also reason to believe that residential segregation contributes to poor health pathways. Whether it be in housing, outcomes, or health behavior, the obstacles present in segregated neighborhoods are only making disparities in health worse.
The key idea here is that fixing housing is the first step to “fixing” health. The intersection between neighborhood segregation and health should not be overlooked because the solution might be closer than we realize. While many health-related problems rely on macro-level changes in healthcare and policy, neighborhood integration is something we can strive for on our own. It’s time to take a closer look at the communities that are paving the way and see what we can do to promote integration in the ones that need it.