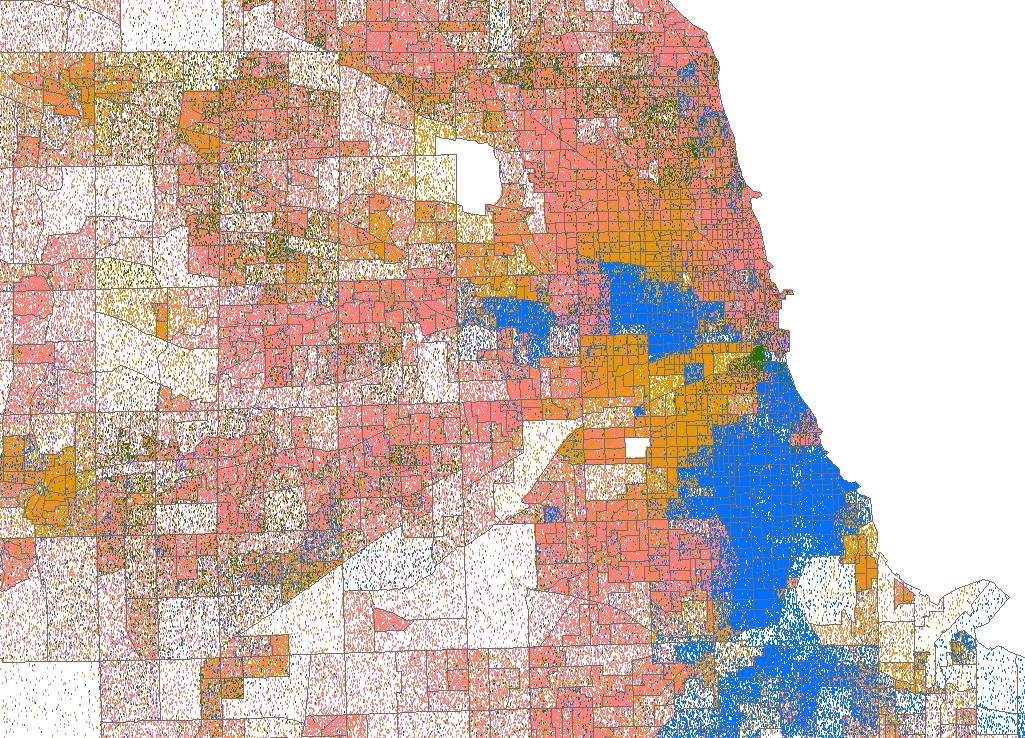 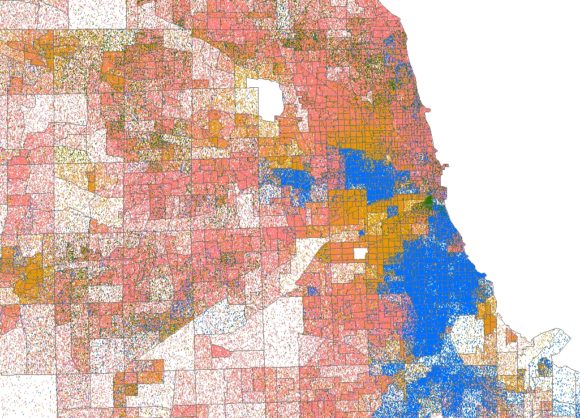 On the 48th anniversary of the Fair Housing Act, our Executive Director and blogger at Fair Housing Futurist takes a look at it’s history and future.

The Legacy of the Fair Housing Act
Rob Breymaier

Regarding individual rights and remedies to discrimination, the Act has been a success. There is a fair housing enforcement infrastructure in place throughout most of the nation to help detect and deal with discrimination on an individual level. Blatant forms of discrimination normally result in serious consequences. Discrimination by housing professionals is clearly known to be illegal and bad publicity.

Regarding systemic change, there has been modest success in a few centrally controlled industries. The insurance industry is the best example; discriminatory policies that favored better policies for white communities than for communities of color are essentially non-existent anymore. There’s also been improvement (and some backsliding) in mortgage lending and public housing authorities as well. Systemic cases can result in major industry improvement. But, like consumer protection, the battle lines keep moving. Still, we have clear and widely used models to engage in systemic enforcement.

Regarding structural change to create and sustain integrated communities, the Act has largely been a failure. The segregation of America’s metropolitan regions has hardly changed at all. Yes, in most metro areas, communities that were once fiercely hostile to people of color are now more open. Yet concentrations of poverty are even more isolated in traditional communities of color. White flight might have eased, but white avoidance is stronger than ever. Most diverse communities, including suburbs, are highly segregated internally. Communities that are still predominantly white do very little to market to people of color. And, complementary policies that would prioritize community and economic development are largely absent in low-income communities of color.

So, along with the fact that housing discrimination is now recognized by a majority of Americans as morally wrong (not just illegal) you could say that the Act has certainly been a net positive for the nation and civil rights.

Yet the most fundamental problem — segregation — continues to define metropolitan areas. It morphs from decade to decade. Over the last 48 years, segregation has evolved from a city versus suburb phenomenon to one that occurs throughout regions and within suburbs as well. The consistency of segregation makes it seem intractable and permanent. We hardly ever consider the structural forces reinforcing and perpetuating segregated housing. Perception creates reality in housing. The mantra of real estate is location, location, location. The meaning of location is heavily informed by race in America. Our propensity to sustain segregation is intrinsic to our legacy of racial inequality.

Let’s look at the barriers to an integrated future and how to overcome them. These are classified by category and in order of importance.

1. Racial Segregation. The history and perpetuation of racial segregation in metropolitan regions is a continuous barrier to housing choice and the single greatest barrier to integration. It seems somewhat obvious that opposing forces (segregation and integration) would work against one another. Yet, it is more than that. Segregation is the status quo, it is the elephant in the room. We regularly discuss the consequences of segregation (criminal justice, education, unemployment, and many other racial disparities) but we tend to ignore the cause itself.

Segregation is a factor that misinforms people about where they could live. Racial blind spots are a known phenomenon that limit housing choices because people are not aware of or have negative perceptions about communities where their race is not in the majority.

Segregation provides an (maybe the?) impetus to engage in steering and discrimination. What is discrimination’s aim if not to perpetuate segregation? Discrimination and steering are attempts to keep people separate. But, they would lose their utility if integration was the norm rather than the rarity we find it to be now.

Segregation divides opportunity in the region by race. The economic inequality and inequities throughout metropolitan regions follows a pattern of racial segregation. Opportunities are separated along the pattern of segregation. There is a lack of one type of opportunity — affordable housing — in wealthy, white communities. However, while communities of color have more affordable housing, they have a lack of employment options, high-performing schools, and many other opportunities.

Segregation creates disparities that harm all of us economically. It forces whites to pay too much for housing initially. Housing prices in white communities are artificially inflated because of blind spots. Blind spots also cause slower growth for home prices in communities of color. Equity grows more slowly in these neighborhoods. This limits wealth generation for both groups, although it is more pronounced for people of color.

Segregation is essentially the system that does the dirty work for us. We can be non-discriminatory, but unless we proactively promote integration and equal opportunity, segregation will continue to outweigh reactive efforts. That reality keeps us from making significant progress toward equity.

2. Local Government – Only an extremely small number of communities in America engages in affirmative marketing and promotion of communities to under-represented groups. Ignoring this important activity perpetuates segregation. In white communities, this is often misunderstood as a requirement to build new affordable housing. It makes it integration appear more threatening because it would be two changes at once. A less challenging solution would be to market to middle class households of color who could afford to move to the community. In communities of color, the fear of displacement keeps neighborhoods, including “hidden gems,” from marketing to whites and other racial groups. Yet, with a strategy in place, integration can happen without undue tension and usurpation of a community. Local governments have an interest in creating stability and prosperity. Planning for diversity by promoting integration is a strategy for success for the future as the country sees population shares shift and we become more multiracial.

3. Housing Industry – Passivity toward promoting alternative housing options and financing continues to be a problem. While the worst offenses of discrimination are no longer prevalent, the industry could do more to make housing seekers aware of choices they might not initially seek out. Also, while some progress has been made, the industry continues to use models for financing that disadvantage people of color. The foreclosure crisis was devastating to black and Latino neighborhoods. Predatory lending was targeted to these communities because mainstream mortgages were difficult to acquire in them. In the end, that crisis spread to all communities and harmed everyone everywhere. Most of the crisis could have been avoided if responsible lending was targeted to communities of color.

The real estate community still has room for improvement as well. Again, nasty discrimination transgressions are no longer common. But, there is a reluctance to act proactively to help people learn about the benefits to considering moves that integrate communities. If it became a priority, the real estate community could act as an army of integrationists that would far exceed any other fair housing effort to date. However, it is important to note that a part of this passivity is due to a legacy of stern fair housing training and warnings that have made agents afraid to do anything but remain neutral about race and other fair housing issues.

4. Non-Profit Sector – Like the housing industry there are two groups within this sector to point out. One is the fair housing sector. Slow change is occurring in the movement now, but it has a legacy of promoting fear and favoring reactive enforcement actions over proactive affirmative programs. Of course, this is understandable given that in the origins of the movement, blatant and terrible discrimination happened regularly. Heavy enforcement and strong warnings not to discriminate were necessary to change behavior for the first 25 years of the Act. However, the fair housing movement would be better served today to prioritize partnerships and affirmative efforts that will help former adversaries become partners, including housing professionals, lenders, and governments.

Meanwhile, the housing advocacy community could do more to promote integration as well. Much of the housing counseling community is still working on an outdated model serving limited client bases, usually by racial group, and promoting a limited set of neighborhoods. The original intent for most of these organizations was to empower residents and improve the community. But, it has also reinforced segregation and the demarcation of neighborhoods. These agencies have a tremendous potential to be forces for integration by expanding their client bases and neighborhood offerings. In that process they could help build integrated communities and encourage cross cultural interaction.

5. Regional Government – I hesitate to include this group because some of the best new activity on integration is coming from regional governments. In regions like Chicago, Baltimore, and Seattle, regional efforts to improve integration and equity are being led by Metropolitan Planning Organizations or large counties addressing these needs. Yet, in most of the nation, a lack of cooperative efforts to prioritize investments and equalize opportunity is still common. Our economies are metropolitan and our social issues are as well. The issue of integration is now as suburban as it is urban. In fact, it can be worse in some suburbs because they face wholesale segregation that reduces fiscal capacity more severely than in large central cities. Regional efforts must be more strategic regarding funding economic development in distressed parts of the region. At the same time incentives for affordable housing in high-opportunity areas are critical to regional equity and growth. Regional governments also determine transportation priorities, a source of significant funding. There is tremendous opportunity to prioritize transportation investments to connect job centers with areas of affordable housing. Transportation dollars can also be used to leverage more equitable policy goals.

7. Racial Blind Spots – As noted above, individuals often lack information about the true range of choices available to them in their housing searches. This is largely due to the barriers listed above. That’s why blind spots are last on the list. But, people regularly omit or ignore communities they know little about. And, whites especially tend to avoid communities that they think are less white than the neighborhood they are moving from. We know from our model in Oak Park, IL that helping individuals purposefully consider communities outside their comfort zones does make a difference and improves integration. We should find ways to scale efforts like this up.

We are still a long way from our goal of an integrated nation. The Fair Housing Act has had some success, if for no other reason than it is now commonly understood that discrimination is illegal and segregation is harmful. But, if we ever want to achieve the true goal of the Act, we must change our tactics and priorities to focus on integration through proactive strategies, policies, and programs. It is certainly possible. All we need to do is put in the effort.