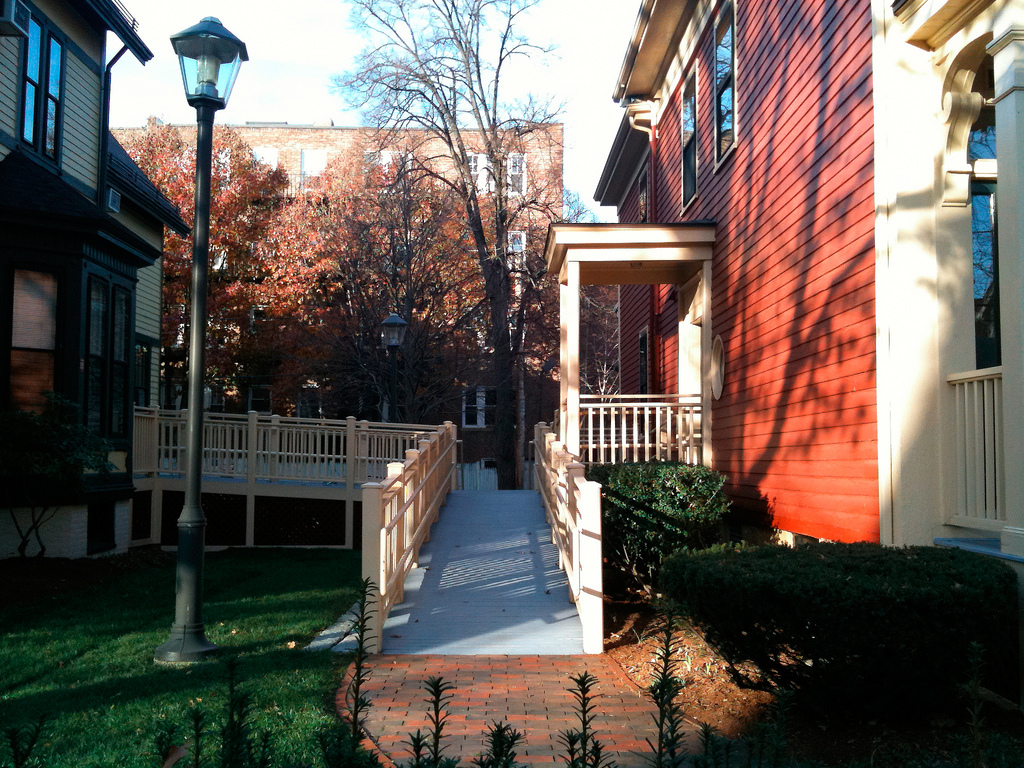 Wicker Park, Chicago; Park Slope, Brooklyn; and Pilsen, Chicago all have something in common — gentrification. Gentrification is commonly understood as a point when a public or private investor or developer rehabilitates real estate, increasing the original low cost of rent and ownership. Affordable housing becomes scarce, traditionally resulting in displacement as the original residents struggle to afford the increasing rent and face potential eviction. Landlords begin renting to more affluent residents and the entire community begins to change. Amenities such as groceries rise in price, and the lifestyle becomes less and less affordable for original residents.

Traditionally, places that gentrify develop a majority white racial makeup. Some wonder if this pattern can be combated, and if a gentrifying neighborhood can result in sustainable racial integration. After all, it is the complete opposite of historic racial patterns when white folks always moved away from minorities.  For this reason, gentrification presents a unique opportunity to fair housing advocates. White folks’ willingness to live next to minorities in these neighborhoods represents the opportunity to develop a diverse and integrated community, if local leaders facilitate equitable development and fair housing practices.

One part of upholding racial integration in a gentrifying neighborhood is to ensure that residents moving in experience fair housing practices rather than discrimination. The other part is developing the community in a manner that is beneficial to traditional residents, which means maintaining affordability and allowing them to benefit from various reinvestments. Even though the racial integration mandate of the Fair Housing Act does not require mixed-income housing, occasionally extraordinarily high housing prices can result in de facto segregation. Consequently, economic reform in the housing sector becomes necessary in order to achieve racial integration.

Alderman Danny Solis, who presides over Pilsen, has taken some steps toward equitable development by offering a property tax freeze to anyone investing 25% of their house value in home improvements, as well as securing a significant percentage of affordable housing from developers.

Places experiencing trends similar to Pilsen can take steps toward integration and should prioritize it, because research shows that regardless of income, a segregated community still experiences poor health care, decreased access to resources, and poorer education, just to name a few. Neighborhoods can effectively diversify via the myriad tools of an Equitable Development strategy. Alderman Solis’ actions are just a few of the numerous possibilities outlined in Race, Poverty, and the Environment, a journal for social and environmental justice. Among others, these are their four most recommended Equitable Development tools:

Rachel Godsil, professor at Seton Hall University Law School and mayor-appointed Chair of the Rent Guidelines Board in New York City, echoes the first tool, emphasizing the importance of stabilizing current renters. Her approach involves vouchers as well, but employs a different strategy. Godsil suggests offering rental vouchers or low-cost guaranteed loans to local residents that could be used in or outside of the community. This strategy guarantees the residents autonomy in regards to staying in or leaving the changing neighborhood. This freedom of choice, Godsil argues, inclines residents to stay and convince their neighbors to do the same, which can ultimately stem the tide of gentrification.

Unfortunately, when revitalization happens, decisions are often made in favor of revenue rather than community need. Affirmative integration and affordable housing need to be a priority as places gentrify, so that revenue and need are not pinned against each other. There is much to be said for a plan that appropriately integrates all races across all incomes, because even though people are segregated by income, they are still more segregated by race.

Residents, community groups, housing advocates, and local leaders cannot afford to be anything less than proactive with creative equitable development tools at the onset and during community change if they hope to achieve integration.