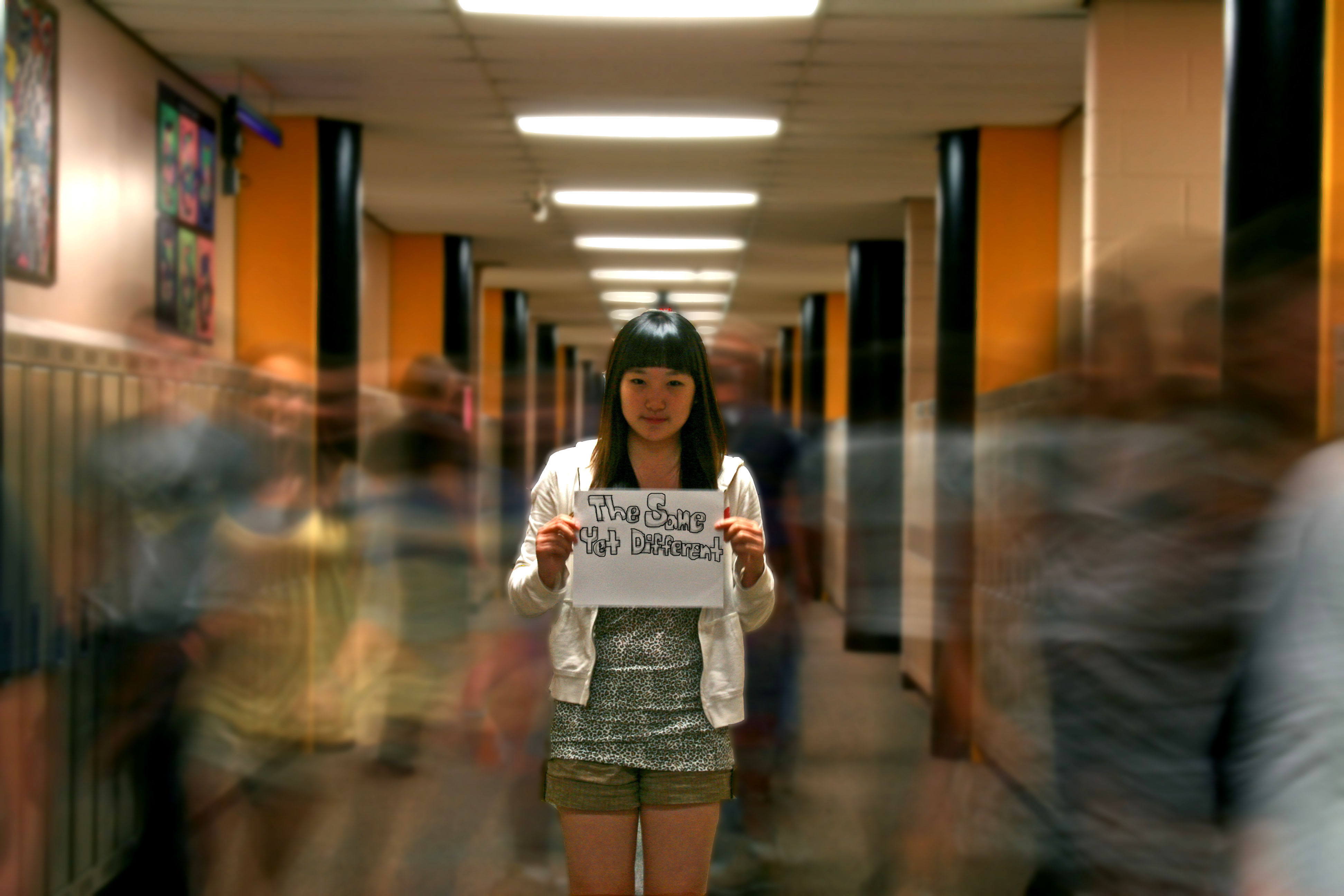 The Greenwich School District needs to come up with solutions. The affluent community is home to two segregated schools, New Lebanon Elementary and Hamilton Avenue Elementary, with minority student populations of over 65%. This concentration is alarming since approximately 30% of children in the Greenwich School District are black and Hispanic and 81% of Greenwich residents are white. Due to the segregation patterns at New Lebanon and Hamilton Avenue, there are two other schools in the district whose population flirts with having too few black and Hispanic students compared to the community. This racial dichotomy is unfortunately the reality of many school districts across the nation. The difference in Connecticut is that this racial disparity between these two schools and the district is illegal.

Connecticut is one of the few states that forbid elementary and middle schools from significantly deviating from the racial makeup of its overall school district. The State enacted the Racial-Balance Law in an effort to prevent segregation in neighborhood schools. Under Connecticut law, the district must develop a plan to diversify any school whose racial composition exceeds or falls below the overall minority population of the district by 25 percentage points. If a district has a 30% minority population overall, an individual school would be deemed imbalanced if its minority enrollment reached 56% or fell to 4%. 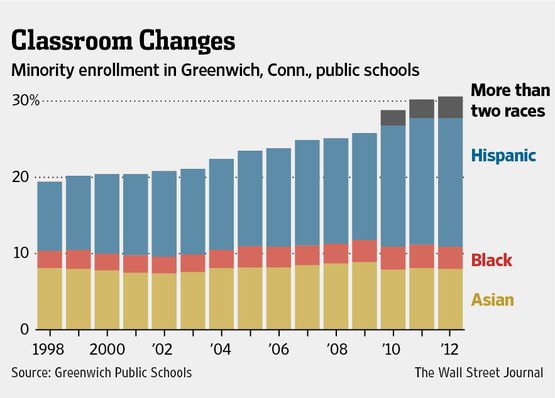 This is the third time in 14 years that the Greenwich Public School District has received a racial imbalance warning. Previous attempts to ameliorate the imbalance have failed to keep up with population shifts. Past proposals include decreasing class sizes in schools with more minority students, creating magnet schools to attract students from different backgrounds and parts of the community, modest redistricting, regionalized sports, hiring more minority teachers, and busing students to school.

Many district leaders and parents are not in favor of these strategies and are challenging the notion that the law is even relevant today. Critics insist that students should not be forced to attend school outside of their neighborhood. Walking to a quality neighborhood school and close proximity to extra-curricular activities is what attracted many parents to invest in a home in Greenwich. Further, the law is intended to ensure a quality education for all students. Since Greenwich schools are academically competitive with other districts in Connecticut, they do not see the urgency to adjust the racial makeup of the schools.

Based on a number of measures, Greenwich ranks near the top among Connecticut districts in its economic class. However, despite the high rankings of Greenwich public schools as a whole, the district continues to have a significant achievement gap. In 2012, about 72% of black and Hispanic students at Hamilton Avenue and New Lebanon met reading proficiency standards, compared with 92% for all students at balanced schools. This statistic illustrates that integrated Greenwich schools reinforce the success of all students, compared to schools that are segregated. Therefore, the question is not whether the Racial-Balance Law is relevant, but rather how should Greenwich achieve racially integrated schools.

To create and sustain school integration, I propose that instead of focusing integration strategies on schools; why not integrate the neighborhoods in which these schools are located? We cannot have the expectation of schools being integrated if students go home to segregated communities. Integrating all of Greenwich enables students to attend their neighborhood school, promotes interactions with people from different backgrounds during and after school hours, and the funds allocated to alternative programs to promote school integration can be appropriated for other educational resources.

More important, the Racial-Balance Law only requires that schools share the same racial balance of the district, even if the district itself is segregated. If a district is predominately white, black, or Hispanic, the schools within those districts can be nearly if not completely homogeneous without breaking the law. Homogeneous districts should not be exempted from promoting school integration.

The foundation of an integrated community not only supports the achievement of schools, but yields a multitude of other benefits. Education, health, economics, and all other facets of society are intrinsically connected to housing. I understand and appreciate the motivation behind the Racial-Balance Law, but I hope that Connecticut recognizes that integration needs to stretch beyond 8am – 3pm. Integration must be conjoined with everyday life. It is paramount that we expose children to these benefits early on and in all sectors to prevent misconceptions of different racial groups and to shed light on how all people contribute to our society.