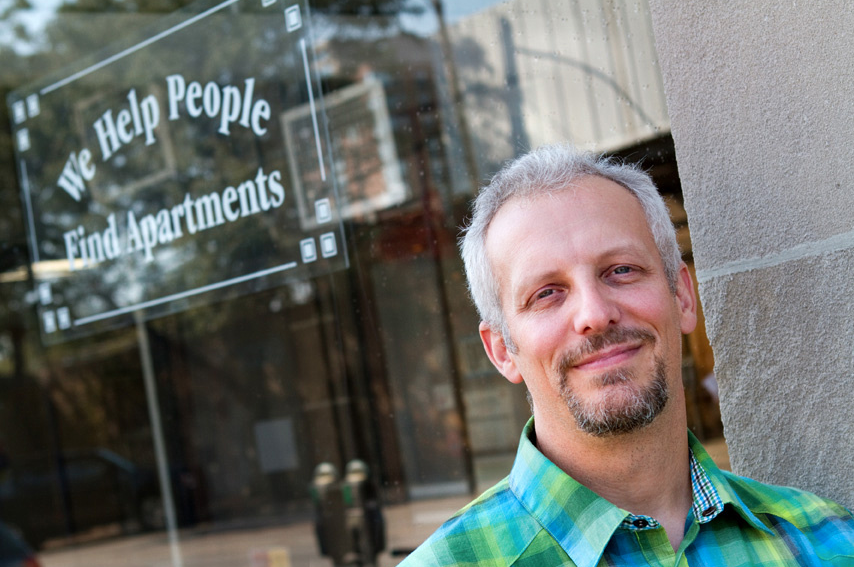 Rob Breymaier has been the Executive Director of the Oak Park Regional Housing Center since June 2006. While there, he has overseen the expansion of the Housing Center’s programs, including expanding its advocacy role for fair housing efforts in the region and initiating a homeownership program serving western Chicago and western Cook County.

In 2004, Rob joined the Leadership Council for Metropolitan Open Communities where he served as Director for Community Relations. In this capacity, Rob conducted research, advocated for fair housing rights in various communities, promoted public policies at all levels of government, and assisted with grassroots organizing efforts around fair housing and integration.

Rob continues to play an important role in national efforts to affirmatively further fair housing. In 2008, as Executive Director of the Oak Park Regional Housing Center, Rob and fair lending consultant Stella Adams led a successful advocacy effort to ensure that Fannie Mae and Freddie Mac would not use zip codes or other geographic criteria as determinants in their pricing models. Since 2009, Rob has been working with the Building One America coalition to encourage national policies that promote regional equity, racial integration, and deconcentration of poverty.

These efforts have made Rob a recognized leader in the integration and fair housing movements. He is often asked to speak about the value of integration and equal opportunity for conferences and forums. He has been interviewed by several print publications including The Economist, the Chicago Tribune, and many local papers. He has also taken part in radio and television interviews on fair housing.

Currently, Rob is the Board President of the Chicago Area Fair Housing Alliance. Rob sits on the steering committees of the Building One America Coalition, the Illinois Community Investment Coalition, and Housing Oak Park. In 2009, Rob received an appointment as a Commissioner on the Cook County Commission on Human Rights.

Rob has a Master’s degree in Geography and Planning from the University of Toledo.

Our offices will be closed on Monday, January 18 for MLK Day. We will reopen on January 19th at 9 am. Thank you for your patience!