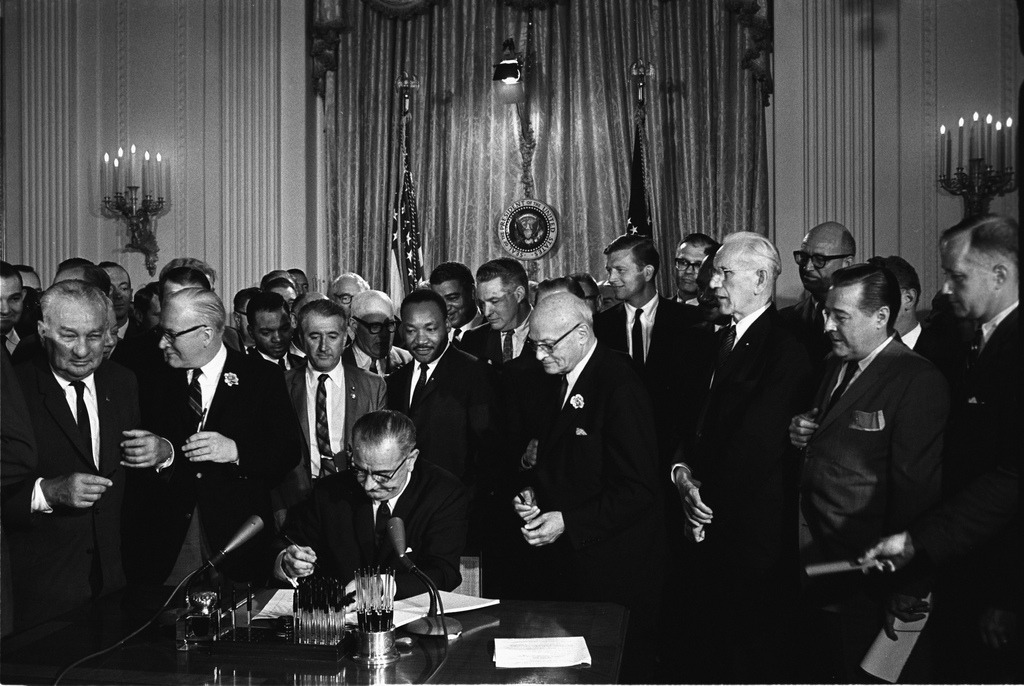 April is Fair Housing Month – a time to reflect on the passing of the 1968 Fair Housing Act. Even though the policy was signed forty-six years ago, it is still very relevant today. The Fair Housing Act of 1968 was a landmark policy that demonstrated the importance of furthering open and inclusive communities. Signed by President Lyndon B. Johnson, the Act was enacted in response to the assassination of Dr. Martin Luther King, Jr. Dr. King tirelessly advocated for an end to housing discrimination and a law that would support fair and open housing. Everyday housing advocates honor his life’s work by furthering his dream of equal rights and social justice. Though we have progressed as a nation, there is work to be done to truly achieve Dr. King’s dream.

Through the work of community leaders, the housing sector is becoming more inclusive. The original act prohibited housing discrimination against residents on the basis of race, color, sex, religion, and national origin. In a 1989 amendment, the protected classes of persons with disabilities and families with children were added. Over the years, state and local jurisdictions have adopted other protected classes to further the mission of fair housing and enable a more equal housing market.

Unfortunately, housing discrimination still occurs today. While discrimination is not as blatant and ubiquitous as it was prior to the Fair Housing Act – think redlining and blockbusting – it continues to persist. Some realtors show houses in specific neighborhoods based on their clients’ race. Some banks charge higher interest rates on loans for minorities. Advertisements for rental units sometimes encourage certain groups of people to apply or exclude other groups. The Fair Housing Act is still needed to combat housing discrimination.

Segregation has permeated the nation’s cities for many years, and ending a deep and complex problem takes time. The Fair Housing Act includes a clause that affirmatively furthers fair housing, which aims to tackle historic segregation patterns. Affirmatively furthering fair housing provides better access to opportunities by promoting diverse and inclusive communities. It intends to reduce discrimination through open housing options for people of color as well as persons with disabilities.

To adhere to the clause to affirmatively further fair housing, communities that receive government funding must create a fair housing action plan to promote equal and diverse housing opportunities for residents. This section of the Fair Housing Act is an essential part of the mission of fair housing, but has lacked clear guidelines and little enforcement. In 2013, an updated rule aims to help municipalities affirmatively further fair housing through the use of assessment tools and public data. The new and improved clause provides a proactive approach to developing inclusive communities. This updated rule demonstrates that the nation still needs accountability and assistance in order to provide fair and open housing.

The Fair Housing Act of 1968 was a landmark policy that demonstrated the importance of furthering open and inclusive communities. This April, there is much to celebrate from the past forty-six years, but there is also more work to be done. Fair Housing Month reminds us of both of these things as we continue in the fair housing movement.