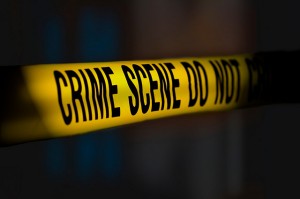 Since the last decade, Crime-Free Rental Ordinances (CRFOs) have become more prevalent in the Chicago region.  Calumet City, Schaumburg, Villa Park, Oak Forest, Aurora, Batavia, Mount Prospect, Chicago Heights, and Orland Park are among those who recently adopted CRFOs. Crime-Free Rental Ordinances were originally intended to help landlords abate criminal activity on their properties; however, the ramifications of CRFOs do not always fulfill this intended goal.

These ordinances single out rental units where a crime has been reported to law enforcement or another public office. This “nuisance trigger” prompts a jurisdiction to send a complaint to the property owner, who is then required to begin eviction procedures. Under this type of ordinance, a resident’s arrest alone could be considered a sufficient trigger for their eviction, even if they are not convicted.  Furthermore, if landlords do not comply with orders to evict a resident, their license to rent can be revoked and they can be fined.

In practice, CFROs can result in dramatic decreases in the amount of emergency calls placed from rental units, help protect property values, and can aim to provide a safe environment for all tenants. On the other hand, CRFOs can also involve the unwarranted displacement of rental residents.  Under a CFRO, potential crime victims may feel inhibited to seek police assistance due to a fear of being evicted and possibly becoming homeless. Moreover, once a resident has been evicted, it becomes increasingly difficult to secure tenure in new housing due to the fact that landlords avoid renting to those who have previously been evicted.  What’s more disconcerting is that these harsh repercussions of Crime-Free Ordinances disproportionately impact African-Americans and Latinos, who have high rental housing rates and disproportionate arrest rates, and women, who comprise the vast majority of domestic violence victims.

Municipalities have the opportunity to mitigate the negative effects of CRFOs.  A requirement of all CRFOs should be that landlords become certified through a crime-free renting seminar.  Requiring a comprehensive fair housing component that is led by a private fair housing agency can prevent the inequitable impact CRFOs have on African-American, Latino, and women renters. Further, municipalities must use caution and consult with fair housing agencies before adopting and enforcing such an ordinance to ensure that their legislation does not disproportionately impact residents on the basis of race, ethnicity, marital status, or other protected class.