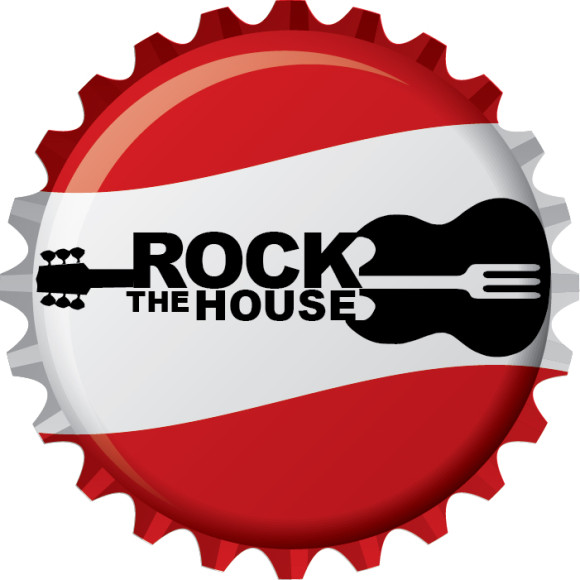 Online ticket sales are now CLOSED. There will be some tickets available for purchase at the door, which can be paid for with cash or credit card. See you tonight!

Here are the details you know you’ve been waiting for…

This year will be the best Rock the House ever! We are expanding to 2 floors and 3 bands.

We’ll also feature 8 Craft Brewers, 8 Special Chef Recipes, and Music with 1976, Heidi and Dave, and the School of Rock Show Team. Sip craft beers from accomplished home brewers and taste culinary delights from chefs who call Oak Park home. All food and drink is included with your ticket!

And as another bonus, your support benefits two great causes: The Oak Park Regional Housing Center and the School of Rock Scholarship Fund!

Tickets are $60 each and will sell out fast (as they do every year)! And watch this page for updates on the chefs, brewers, bands, and this year’s tasting glass!

Melissa Elsmo: Melissa Elsmo makes you believe you can enjoy every meal just as she does: fully and enthusiastically. A trained chef and ardent foodie, Mel’s passion for a good meal peppers her life. She is a regular food columnist for Chicago Tribune Media newspapers, reaching more than 500,000+ readers in the Chicago area via print and on the web. As part of Chicago’s underground supper club scene, she creates intimate, 12-course dining experiences featuring her own recipes and artful approach to plating. Guests currently wait patiently for a seat around her table, but savvy food lovers can locate her at pop-up events around the city. Additionally, Mel is a passionate volunteer and frequently uses her kitchen talents to assist local philanthropic organizations with their fundraising efforts.

Steve Skrine: Owner and Grillmaster of Skrine Chops, Steve Skrine worked at the Chicago Board of Trade for more than 22 years, but his real passion in life has always been food and cooking. For years he’s made SkrineChops, his signature dish, for many friends, restaurants, pubs, charities, and festivals throughout the city of Chicago and its suburbs. This year, he brings his generosity, skills and love of food to the Rock the House event, helping to make it bigger and better!

Su Jang: The owner of New Rose Catering grew up in her family’s Chinese restaurant. Her father told her to learn to cook and she would always have a job. New Rose Catering was formed after Su was laid off from her healthcare marketing position and remembered her father’s words and quickly began helping Oak Park, River Forest, and Forest Park busy families answer the dreaded “What’s for Dinner?” question. In addition to providing weekly dinners as a personal chef, New Rose Catering also provides delicious and fun twists on classic dishes for small events catering.

Rich Klevgard: Graphic designer Rich Klevgard has been recreating BBQ classics for well over a decade. His obsession with southern barbecue traces back to his boyhood boarding school days in Chattanooga, Tennessee, a car ride down an unpaved road through trees to a shack in the woods where the only smell was burning hickory and the sweet, awe-inspiring flavors of pork. Today, Klevard’s dry rubs vary from sweet to savory with hints of coffee, caramel, coriander, and a touch of smoked anise. His sauces, often based from locally harvested honey or herb-infused rye whiskey, satiate but never overplay the deliciousness of smoked pork. Generous and enthusiastic, he enjoys using his culinary skills as a means to support various causes in the community.

Dave Kahlow – Rye IPA: Dave has been brewing for about 23 years and enjoys learning nuances about the brewing process and sharing the brewing experience with people throughout his life. Dave enjoys taking what appear to be simple ingredients and converting them into a variety of beer styles that can be shared with friends and family. Oh yeah, and Dave lived in Portland where he picked up a lot of good tips.

Doug Schenkelberg – Precious Flight of the Kiwi Hobbit IPA: Doug started brewing because of his love of craft beer and wanting understand the art and science behind making a good beer. He has been known to use spreadsheets to keep track of beers. He continues to brew to learn, share, and come up with fun names for the things he create. It also gives him a reason to use the word “saccharification.” And, uh, the hops are from New Zealand.

Dru Williams Clark – Red Amarillo Ale: Dru had a super brew last year and is ready to kick it up a notch this year.

John Orleans – Oatmeal Stout: By day, John Orleans is a mild-mannered “IT Guy” in the city of Chicago. Nights and weekends, you can find him brewing beer, smoking meats, and racing bicycles.

Graham Tillotson – Lemmy Nade IIPA: Graham lives in Oak Park and spends most of his time on the road consulting, but at home he has a house full of beautiful girls who put up with his basement brewery. He is supported by Charlie, his faithful shelter dog. The beer he will be bringing to the event is for Lemmy of Motorhead and it goes all the way to 11!

A few more details: This is a 21-and-over event, and the building is wheelchair/disabled accessible!

Thank you to our sponsor (and neighbor):