Help us celebrate the work of this year’s awardees of the 2016 Roberta Raymond Founder’s Award for Commitment to Diversity! Through their combined leadership of the Community of Congregations and the Leaders Network, these faith leaders are building cross-community integration and collaboration across the Greater West Side: 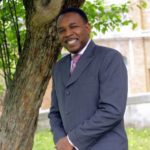 Rev. Ira J. Acree has pastored the Greater St. John Bible Church on Chicago’s West side for more than 25 years. He’s a tireless advocate for empowerment, championing principles of entrepreneurship, education, economics and evangelism. Most people know him from his social justice work within Chicago’s activist community. He is the author of two books, The Man in the Mirror and In Pursuit of Mr. Right, and he hosts a weekly telecast on CAN television called “All Hands on Deck.” Ira has been married to his wife, Margaret, for 27 years and has two children, Marcus and Nicole. 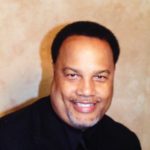 Pastor Cy Fields is a native Chicagoan who has dedicated the past 22 years to ministry and public service. Since 2001, he has led the historic Landmark Missionary Baptist Church congregation. In working to improve the quality of life for others, Cy has also committed time and energy to various organizations and movements that promote social justice and community health, including the former Campaign for Better Transit, The Interfaith Organizing Project of Greater Chicago, the historic Westside Federation, and the Community Renewal Society. He currently serves as President of The Leaders Network of Chicago. He and his wife, Yolanda, have two daughters, Summer Cynae and Autumn Cymone. 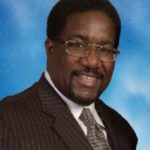 Rev. Marshall Elijah Hatch, Sr. has been the Pastor of the New Mount Pilgrim Missionary Baptist Church since 1993. He has launched numerous community outreach programs, including the Westside Isaiah Plan and Ezra Homes, interfaith affordable housing development projects that built more than 200 single family homes in Chicago; Passports to The World, an annual overseas mission trip for inner city youth, and a visitation and correspondence ministry for the incarcerated in the Illinois Department of Corrections and Cook County Jail. Current plans include construction of a multi-million dollar health clinic and fitness center in partnership with the Lawndale Christian Health Center on the New Mount Pilgrim campus. Marshall and his wife, Priscilla, have four children, Joyce, Janelle, Marshall and Maurice. 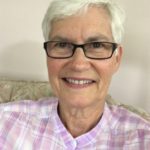 Rev. Sally Iberg is Senior Pastor at Pilgrim Congregational Church, United Church of Christ, in Oak Park. She is a graduate of Chicago Theological Seminary, past president of the Community of Congregations, a member of The Leaders Network, and a member of the advisory board of Hands of Peace. Doing justice and loving mercy are at the heart of Sally’s work, and she is grateful for the strong support she receives from her congregation. She and her husband, Jim, have three adult children and four grandchildren. 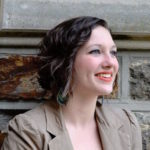 Rev. Lindsey Long Joyce is the pastor of St. John’s United Methodist Church in Oak Park. After earning a bachelor’s degree in English literature at the University of Illinois at Urbana-Champaign and a master’s of divinity from Duke Divinity School, she began her ministry in North Carolina in 2012. In August 2014, Rev. Joyce returned to Chicago, where she grew up, and began working in Oak Park. Her great passion has always revolved around racial justice and cross cultural ministry in Durham, NC, and in Chicago. She currently lives in Lyons, IL, with her husband, Adam. 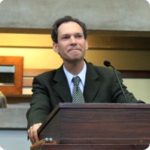 Rev. Alan Taylor has served as Senior Minister of Unity Temple Unitarian Universalist Congregation since 2003. He currently serves as president of Community of Congregations. In 2011, he stumbled upon the power of faith-based organizing and has sought to cultivate relational networks to leverage the collective love of people of faith and people of compassion. He has served on numerous boards in the community and for the Unitarian Universalist faith tradition. Rev. Taylor has two children, ages 5 and 8, and enjoys walking, bicycling, and cooking. 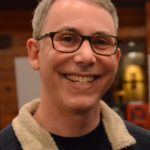 Rabbi Max Weiss has served Oak Park Temple B’nai Abraham Zion for the last seven years. In his synagogue work, he focuses on community building, education, and social justice. He serves many community organizations, including the Community of Congregations, The Leaders Network, the rabbinic board for Olin Sang Ruby Union Institute, as well as on national committees for the Reform Jewish Movement. Max is married to Leslie who teaches in the Oak Park Public Schools. They have three children, Jacob, Aden and Abby.